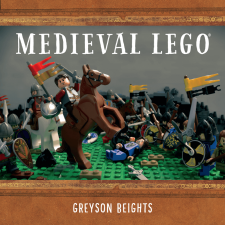 "Each event is succinctly described to keep interest, yet still be educational. And of course, what makes this book so fun, is that each event is coupled with a depiction of one or more scenes in LEGO assembled by a prolific builder."
—Will James, GeekDad

"This is maybe the geekiest book I've ever read—and I mean that mostly as a compliment. You can't go half-way if you're writing—and LEGO-modeling—a complete outline of Medieval British history, and by golly, Beights doesn't. A remarkably clear, concise history. I was particularly impressed."
—Chicago Tribune

A Medieval LEGO quiz is featured on the Times Educational Supplement. 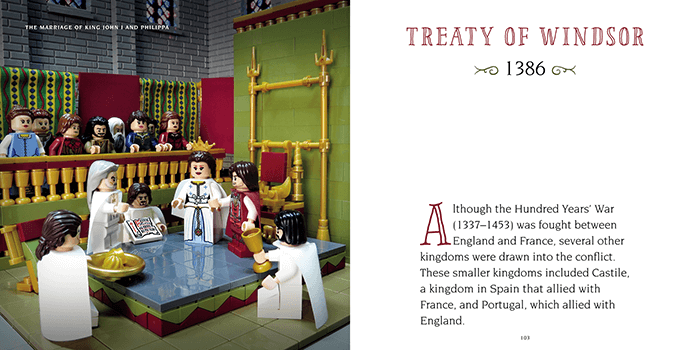 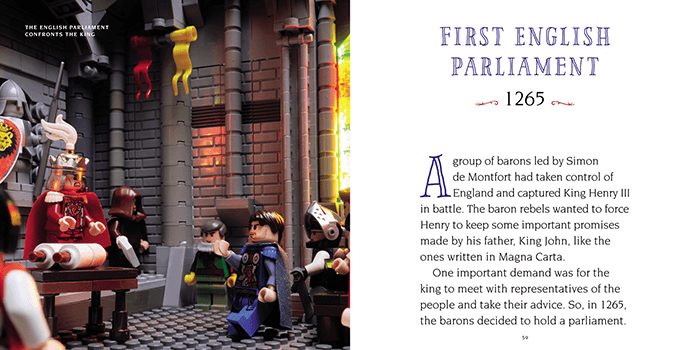 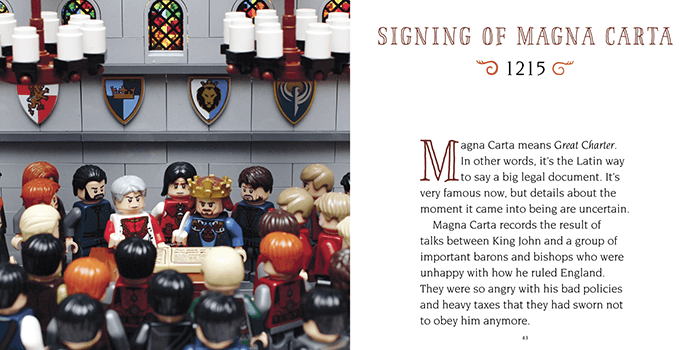 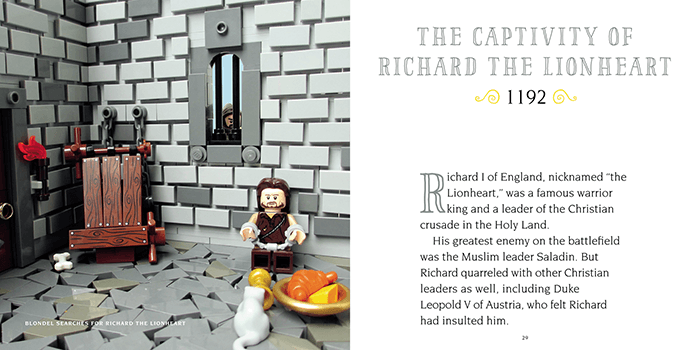 Castles and kings, battles and treaties, famine and plague, intrigue and invasion!

Medieval LEGO takes you through real English history in the middle ages with a unique twist, with every event illustrated by a tiny little LEGO scene. With contributions by medievalists and scholars, this book brings medieval history to life in a fun, kid-friendly way.

Inside, you'll learn about events like the Battle of Hastings, the chartering of Oxford University, and the signing of the Magna Carta. You'll witness the infamous Black Death, and the Great Famine, and you'll read about famous historical figures like Robin Hood, Richard the Lionheart, Geoffrey Chaucer, and William the Conqueror.

Grab your broadsword and turn the page to join the adventure.

Greyson Beights is a student with a passion for LEGO and history. His research interests focus on the history of war and the history of late medieval England. He is an experienced LEGO builder whose models have won awards on fan sites and at LEGO fairs. He also coordinates BrickUniverse 2015, a LEGO convention for fans of all ages.

Read an interview with Greyson Beights about his love of history, writing, and LEGO in Virginia's The Daily Progress.

Greyson Beights was interviewed in the Dallas Morning News' GuideLive

"This interesting combination will no doubt appeal to LEGO fans and history buffs, but you don’t have to be either to find the book approachable in its simplicity."
Watch a video review of Medieval LEGO on The Brothers Brick.

"Written with the help of medievalists and scholars, Medieval LEGO will keep your young knights and princesses interested in the medieval times."
—GeekMom

"A million geek Christmases, all come at once."
—Times Educational Supplement

"Filled with accurate information, spectacular photos, and creative ideas, Medieval LEGO is a wonderful addition to a bookshelf."
—Nerdy With Children

"A great gift for either the history geek or the LEGO geek in your life. And if they're both? They're going to love it."
—Big Shiny Robot

Watch a flip through of Medieval LEGO on The Brick Show.

Read an interview with Greyson Beights on Medievalists.net.