Our illuminating Author Spotlight series continues this month with Jon DiMaggio – author of The Art of Cyberwarfare: An Investigator's Guide to Espionage, Ransomware, and Organized Cybercrime (March 2022). In the following Q&A, we talk with him about the difference between traditional threats and nation-state attacks, the reasons that critical infrastructure is an easy target for threat actors, the emerging "magic formula" for defeating ransomware, and the fact that just because you're paranoid doesn't mean they aren't targeting you on social media. 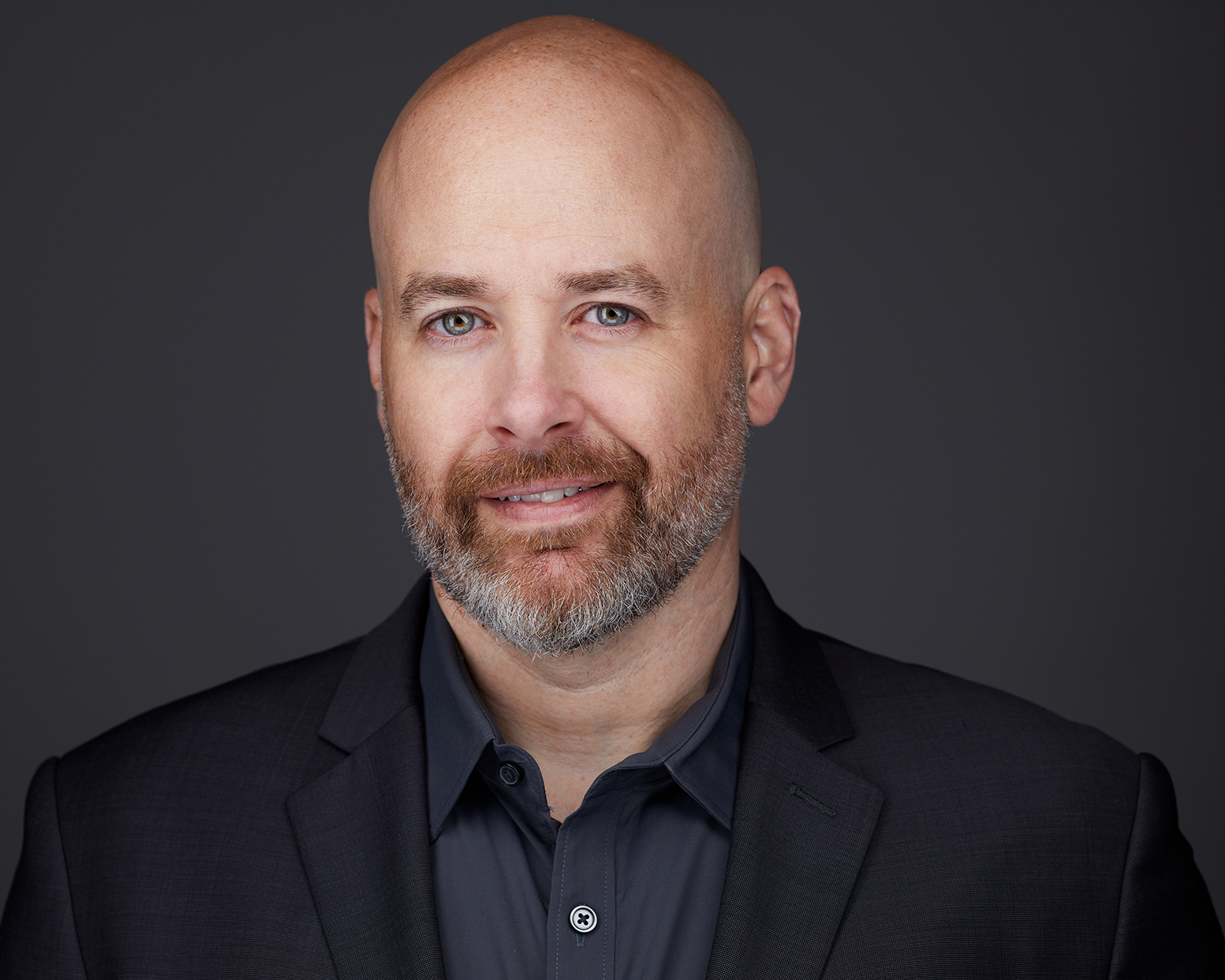 DiMaggio is a recognized industry veteran in the business of “chasing bad guys,” with over 15 years of experience as a threat analyst. Currently he serves as chief security strategist at Analyst1, and his research on Advanced Persistent Threats (APTs) has identified enough new tactics, techniques, and procedures (TTPs) to garner him near-celebrity status in the cyber world. A fixture on the speaker circuit and at conferences, including RSA (and this month’s CYBERWARCON), DiMaggio has also been featured on Fox, CNN, Bloomberg, Reuters TV, and in publications such as WIRED, Vice, and Dark Reading. He continues to write professional blog posts, intel reports, and white papers on his research into cyber espionage and targeted attacks – insights that have been cited by law enforcement and used in nation-state indictments.

No Starch Press: You’re known as one of the first intelligence analysts to focus on attacks executed by nation-state hacking groups – referred to as Advanced Persistent Threats. What’s the difference between traditional cyberattacks and APTs?

Jon DiMaggio: Traditional cybercriminals conduct attacks relying on a user to click a link in an email or visit a specific website. If the attack fails or security mechanisms defeat the threat before it can successfully infect a victim, the attack is over. That's why, with some exceptions, traditional attacks are geared at targets of opportunity, and not tailored to a specific victim.

Nation-state attacks, however, are the exact opposite. Nation-state attackers target specific victims, and are not only motivated but well-resourced. These advanced attackers have the backing of a government, and often develop their own malware and infrastructure to use in their attacks. Also, unlike traditional threats, nation-state attackers are rarely motivated by financial gain. Instead, they seek to steal intellectual property, sensitive communications, and other data types to advance or provide an advantage to their sponsoring nation.

NSP: Governments and militaries are no longer the only targets of nation-state hackers – private-sector companies are now under attack as well. Most of them already have automated security mechanisms, but are those an adequate defense against APTs?

JD: No. Due to the human element behind nation-state attacks, automated security defenses are not enough. Human-driven attacks simply return to the system through another door. And unlike other threats, nation-state attackers are in it for the long game, which is why the attacks continue even if initially defeated by automated defenses. For these reasons, you must handle nation-state attacks differently than any other threat your organization will face – ideally, by deploying human threat hunters.

NSP: Another disturbing trend is the growing list of advanced cyber threats targeting the industrial control systems (ICS) of critical infrastructure, like the U.S. power grid. In terms of cyberwarfare, are we getting closer to seeing intrusion campaigns against our electrical, water, and transportation systems escalate from espionage or reconnaissance missions to highly disruptive attacks that could paralyze entire cities?

JD: Not only are we getting closer to attackers getting closer to our critical infrastructure, but it has already happened in other countries. In 2015, the Russian government conducted cyber attacks that resulted in shutting down power across critical areas of Ukraine.

In 2017, when I worked at Symantec, our team discovered a Russian-based nation-state attacker we dubbed "Dragon Fly," who infiltrated the U.S. power grid. The group was very close to gaining access to critical systems responsible for powering cities across the United States. In this case, security companies and the federal government worked together to mitigate the threat. This was a close call, but it just shows that nation-states are targeting our power grid – and likely will continue the effort moving forward.

NSP: In early October, the FBI and Cybersecurity Infrastructure and Security Agency (CISA) issued a warning that ransomware attackers, in particular, have been targeting water treatment and wastewater facilities. Do you have any insight into why ransomware attackers have recently moved from banks, local governments and healthcare systems to utility companies? Moreover, why are these critical facilities still so vulnerable to compromise given what we know about the threat and what’s at stake?

JD: Critical infrastructure appeals to ransomware attackers because they likely feel there is a greater chance the victim will pay. Additionally, the breach will be very apparent to the public, like in the Colonial Pipeline attack, when fuel stopped flowing and it resulted in a gas shortage across the East Coast. The effect of this type of attack is meant to be dramatic, and attackers know there will be high pressure from the general public to recover quickly. Usually, the fastest way to recover is to pay the ransomware and obtain the decryption key.

Also, critical infrastructure often provides an easy target to savvy attackers. For example, when a cybercriminal attacked the water system in Florida last year, he did so by taking advantage of technology and infrastructure that allowed workers to remotely access the critical controls used to regulate the system. In short, the ease of access for city workers was more important than the system's security. This, unfortunately, is a common problem. To address many of these existing vulnerabilities will require building systems based on security – and not ease of use. While this may be less important to a retail provider, it should not be an option for industries involved with our infrastructure.

NSP: Over the past year you’ve focused your expertise on nation-state ransomware. One thing I’ve learned from your work is just how long sophisticated intruders spend in a victim’s network before kidnapping their data and sending a ransom notice, often lurking for weeks if not months. Why is attacker “dwell” time an important security metric?

JD: Yes, that's a point many security analysts are unaware of. Enterprise ransomware gangs spend between 3 to 21 days on a victim network, with the average time being around 10 days. During this time, the attacker enumerates the network, obtains and escalates their privileges, disables security services, delete backups, and steals the victim's sensitive data. Finally, once the staging and data theft phase is complete, they execute the ransomware payload throughout the victim's network.

The reason this timeframe is so important is that the human attacker is active on your network. The takeaway is that the longer the attacker engages within your network, the better chance a good threat-hunting team will have to find them. This is why I keep emphasizing that you really need a human team to hunt for advanced threats, not simply rely on automated defenses.

NSP: As ransomware has evolved and diversified, AI has found its way into the mix, turbo-charging attacks that can automatically scan networks for weaknesses, exploit firewall rules, find open ports that have been overlooked, and so on. But machine learning works both ways. What role could AI tools play in threat hunting?

JD: The combination of both artificial intelligence along with human threat hunters creates the magic formula necessary to defeat ransomware attacks. AI is one of the fastest and most accurate ways to identify suspicious or malicious activity, and make quick mitigation decisions.

Based on the level of success ransomware gangs have had in recent years, current identification and mitigation capabilities are not working. At least, not consistently. In fact, several security vendors already base their technologies on artificial intelligence to mitigate threats. For example, the cybersecurity company DarkTrace recently used their tech – which relies on AI – to defeat a LockBit ransomware attack. (LockBit is a particularly pernicious ransomware-as-a-service gang that specializes in fast encryption speeds.) Using AI, DarkTrace identified and mitigated the attack in mere hours of its presence within the environment.

NSP: Sounds like the AI future is nigh! Shifting tracks, let's wrap this Q&A up in the present. You chase bad guys for a living. And not just any bad guys – the kind who could bring an entire nation to its knees. But you’re also a dad. Do you talk to your kids about what you do? If so, how do you explain things like nation-state attacks, ransomware gangs, or cyberwarfare on their level (or at least in a way that sounds less scary) when they ask about your day?

JD: I do talk to my kids about what I do. I actually try to get them involved, and spend time teaching them and explaining some of the work I do at a high level. My youngest son Damian and I even did a podcast together on ransomware. My oldest son Anthony is a freshman in high school and just started taking cyber security classes this year.

They think what I do is more like what they see in the movies, so they will be in for a disappointment when they figure out its more research, analysis and writing than hacking bad guys. However, it’s very rewarding that they have an interest in what I do, and often brag to their friends about it. At the same time, they've seen me working with encoded text and malware, and make comments that I stare at “gibberish” all day and pretend to be working! But overall they are really proud of me and think what I do is “cool."

NSP: Part of your objectively "cool" job entails thinking like the adversary. While it seems unlikely a nation-state actor would hijack a home webcam or set up a fake WAP attack at the local cafe, are there any lessons you've learned from a career spent analyzing cyber criminals that inform your personal online security habits outside of work, or that you try to instill in your children?

JD: Yes, due to my work I have a very different, limited online life. For example, outside of work-related social media, I have no personal accounts. And even with my limited social-media presence, I do not ever connect with family members – only work colleagues. I've used social media to map out relationships with adversary accounts, and know that someone could do the same to me. For that reason, I don’t use social media and, unfortunately for them, at least for now, my kids don't either. It’s not that I'm over-protective, but I don’t want them targeted by an attacker in an effort to get to me. And, to be honest, I think it's healthier at this point in life to let them just be kids. They will have an entire lifetime to be engulfed in social media, but for now I want them to just be kids.

As for my personal habits online, I use three different identity monitor and protection companies to keep an eye on my accounts. I never use the same password twice, nor do I use real “dictionary words” – and I always use two-factor authentication in addition to a hard-key (Yubi-key). I am religious about updating my passwords frequently, and you will never find a device in my home with a camera that is not covered. I also do not use traditional cloud-based services from vendors like Apple and Google.

To be honest, I live a pretty paranoid life because of the work I do and the fact that I put my name out there. At the same time, I think I need to be a bit paranoid, because if there is anything my job has taught me it is that anyone and anything can be hacked and compromised.