The End Is (Not) Nigh: Disaster Prepping with Michal Zalewski

For our first Author Spotlight interview of 2022, we have illustrious guest Michal Zalewski—world-class security researcher and author of the newly released Practical Doomsday: A User’s Guide to the End of the World. In the following Q&A, we talk with him about taking disaster preparedness back from the fringe, what he's learned from living through numerous calamities, the reason hackers have the edge over doomsday preppers in any real emergency, and why he’s got a solid backup plan “if this whole computer thing turns out to be a passing fad.” 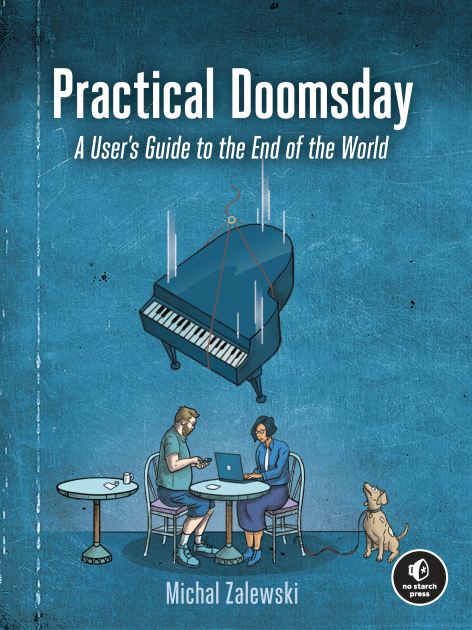 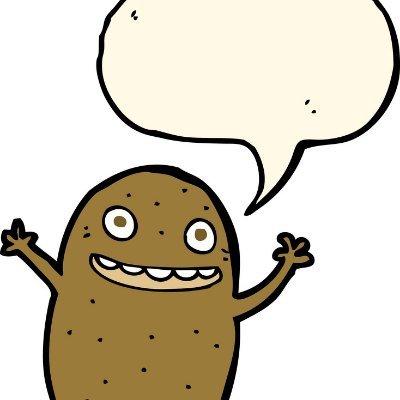 Michal Zalewski (aka lcamtuf) has been the VP of Security & Privacy Engineering at Snap Inc. since 2018, following an 11-year stint at Google, where he built the product security program and helped set up a seminal bug bounty initiative. Originally hailing from Poland, he kick-started his career with frequent BugTraq posts in the ’90s, and went on to identify and publish research on hundreds of notable security flaws in the browsers and software powering our modern internet. In addition to his influence on the tech industry, Zalewski's known as the developer of the American Fuzzy Lop open-source fuzzer and other tools. He's also the author of two classic security books via No Starch Press, The Tangled Web (2011) and Silence on the Wire (2005), and is a recipient of the prestigious Lifetime Achievement Pwnie Award.

NSP: Gratulacje on your new book, Michal! Suffice it to say, a practical prep guide for doomsday scenarios could not be more timely (...all things considered). You even joke on Twitter that the past few years were an elaborate viral marketing campaign for the book’s release. But in fact, you’ve been writing on this subject since at least 2015. What first lured you into the disaster-preparedness genre?

Michal Zalewski: I keep asking myself the same question! For one, I simply grew up at an interesting time and in an interesting place: in a failed Soviet satellite state going through a period of profound political and economic strife. As a child, I didn’t think of it much, but as an adult, I look at my early years with a degree of terror and awe.

I also have this geeky curiosity about how complex systems work and how they might fail—and to be frank, I can’t quite grasp why we look at this problem so differently in the physical world versus the digital realm. After all, it’s normal to back up our files or use antivirus software; why is it wacky to buy fire extinguishers for one’s home or store several gallons of water and some canned food?

In my mind, risk modeling and common-sense preparations shouldn’t be a political issue and shouldn’t be the domain of people who are convinced that the end is nigh. If anything, having a backup plan is a wonderful way to dispel some of the worries and anxieties of everyday life.

NSP: Your personal bio illustrates one of the key points in the book—that disasters are not rare. In addition to growing up in Poland in the '80s, the book also brings up the experience of living through 9/11, the dot-com crash, and the housing crisis of 2008. Would you explain that larger theme within the context of your own trials and tribulations?

MZ: Oh, I don’t want to oversell my life story! My experiences are shared by tens of millions of people around the globe. Countless others have lived through much worse— famine, devastating natural disasters, wars.

I’m going to say one thing, though. Living through a sufficient number of calamities reveals a simple truth: that every generation gets to experience their own “winter of the century,” “recession of the century,” “pandemic of the century,” and so on. And every time, such events catch them off guard.

In most cases, it’s not a matter of life and death; most people make it through recessions, wildfires, and floods. But having a robust plan can make the situation much less stressful, and can make the recovery more certain and more swift.

NSP: Most people picture doomsday preppers as ex-military survivalist-types—not a self-described “city-raised computer nerd.” How has your hacker background informed the emergency-preparedness thought process you’re teaching readers in the book?

MZ: If there’s one obvious difference, it’s that in the physical realm, life-threatening incidents are fairly rare. In the world of computing, on the other hand, networks and applications are under constant attack. When you work in this domain, I think you start to appreciate the saying attributed to Mike Tyson: “everyone has a plan until they get punched in the mouth”— that is, theory seldom survives the clash with reality. By the end of the day, the surest way to get through an emergency is to be adaptable and resilient, not to have an impressive stockpile guns and bushcraft tools.

Another principle I picked up from the world of information security is that there is no limit to how much time, effort, and money you can spend in the pursuit of perfection—but perfection is not necessarily a useful goal. A good preparedness strategy needs to zero in on problems that are important, plausible, and can be addressed in a cost-effective way, without jeopardizing your quality of life should the apocalypse not come.

NSP: As a teenager, you became active in Europe’s fledgling infosec community, which led to consulting projects, pentesting gigs and, eventually, a remarkable career in the industry. Based on your own success, what do you think it takes to truly succeed in the infosec field and/or what’s your best career advice for aspiring security researchers?

MZ: I try to be careful with career advice—sometimes, people are successful despite their habits, not because of them. That said, I certainly found it helpful to always approach security in a bottom-up fashion. If you make the effort to understand how the underlying technologies really work, their failure modes become fairly self-evident too.

My best advice for aspiring professionals is different, though: perhaps the most underrated skill in tech are solid writing skills. That’s because technical prowess is not sufficient to succeed—you need to get others on board. I have a short Twitter thread with a handful of tips here.

NSP: In addition to your street cred in the security world, you’re credited with (inadvertently) helping hackerdom in another realm entirely—Hollywood. The Matrix Reloaded is lauded as the first major motion picture to accurately portray a hack. More specifically, your hack. For those who haven’t seen it, Trinity uses an Nmap port scan, followed by an SSH exploit to break into a power company and disable the city’s electric grid. In 2001, you discovered the SSH bug being depicted on screen. Can you tell us anything about your vulnerability report being in one of the movie’s most pivotal scenes?

MZ: I wish I had a cool story to tell! I was surprised (and flattered) to see my bug on the big screen. My other cinematic claim to fame is having my fuzzer—American Fuzzy Lop—surface in the TV series Mr. Robot.

NSP: In an example of life imitating art, the intelligence community has recently sounded the alarm over an “unprecedented” uptick in hackers targeting electric grids. Maybe if the fictional power company in The Matrix Reloaded had someone like you working for them, Trinity’s blackout-inducing exploit would have failed—which begs the question: do you think white-hat hackers could be the answer to the risk that APTs pose to critical infrastructure? Is it as simple as utility providers adopting bug-bounty bounty programs, such as the one your team launched at Google a decade ago?

MZ: Bug bounties are a cherry on top for a mature security program: they are a last-resort mechanism to catch a fraction of mistakes that slip past your internal defenses. But if you’re routinely letting vulnerabilities ship to production and then hope that talented strangers will catch them all, you’re playing a very dangerous game.

A comprehensive security program starts with minimizing the risk of such mistakes in the first place: building automation that makes it easy to do the right thing and difficult for humans to mess up. The second layer of defense are internal processes for vetting the design and implementation of your systems, and for penetration-testing or fuzzing the products before they go out the door.

Still, the problem faced by most utilities isn’t related to any of this: it’s that we have a fairly small pool of infosec talent and that companies are fiercely competing for that talent. The Wyoming Rural Electric Association doesn’t have it easy when even the most junior security engineer can land an interview with Amazon, Goldman Sachs, or SpaceX.

NSP: From your early years posting software vulnerabilities on BugTraq, to your research exposing the flawed security models of web browsers, to helping Google build its massive product security program, you've become known as one of the most influential people in infosec. Over the same decades, the internet has gone from a place of dial-up connections and friendly message-boards to a global network that governs nearly every aspect of digital society. Given your unique vantage point in this regard, what do you think is the most pressing challenge in the industry today?

MZ: I'm not an infosec malcontent—I think our industry has made impressive progress when it comes to reasoning about and reducing the risk of most types of security flaws. But as you note, the stakes are getting higher too: nowadays, almost everything is connected to the internet, and even the humble thermostat on your wall might be running more than ten millions lines of code. This makes absolute security a rather challenging goal.

In light of this, the two keywords that come to mind are "compartmentalization" and "containment." You have to plan for unavoidable mishaps and must have a way to prevent them from turning into disasters. For enterprises, this may involve dividing systems into smaller, well-understood blocks that can be cordoned off and monitored for anomalies with ease. The technologies and the architecture paradigms that make this possible are still in their infancy, but I think they hold a lot of promise.

Of course, we can practice compartmentalization and containment in everyday life, too. Perhaps only so much in your life should depend on the security of a single email provider or a single bank.

NSP: Last question! One of the prepper commandments in your book is, simply, “Learn new skills.” Why is this important for building a comprehensive disaster-preparedness plan, and what are some useful secondary skills that you have developed outside of infosec?

MZ: The point I make in the book is that the accelerating pace of technological change means that fewer and fewer jobs are for life. You know, in the 1990s, opening a VHS rental place or a music store was a sound business plan, journalism was a revered and well-paying gig, and the photographic film industry was a behemoth that consumed about a third of the global silver supply. We are probably going to see similar shifts in the coming decades. In particular, I’m not at all convinced that software engineers are still going to be an elite profession in 20-30 years.

It’s hard to predict the future, but it’s possible to hedge our bets—say, by pursuing potentially marketable hobbies on the side. Even if nothing happens, such pursuits are still rewarding on their own. I enjoy woodworking and tinkering with electronics. I could probably turn these hobbies into gainful employment if this whole computer thing turns out to be a passing fad.

*Use coupon code SPOTLIGHT30 to get 30% off your order of Practical Doomsday through March 9, 2022.