Tech Entreprenerd Tracy Osborn Wants Women to Know What They’re Worth (and Ask For a Raise!) 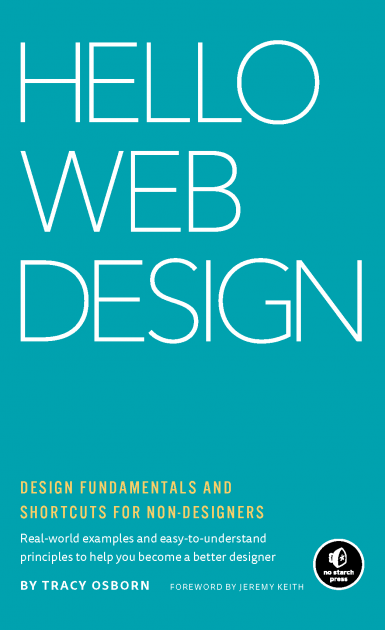 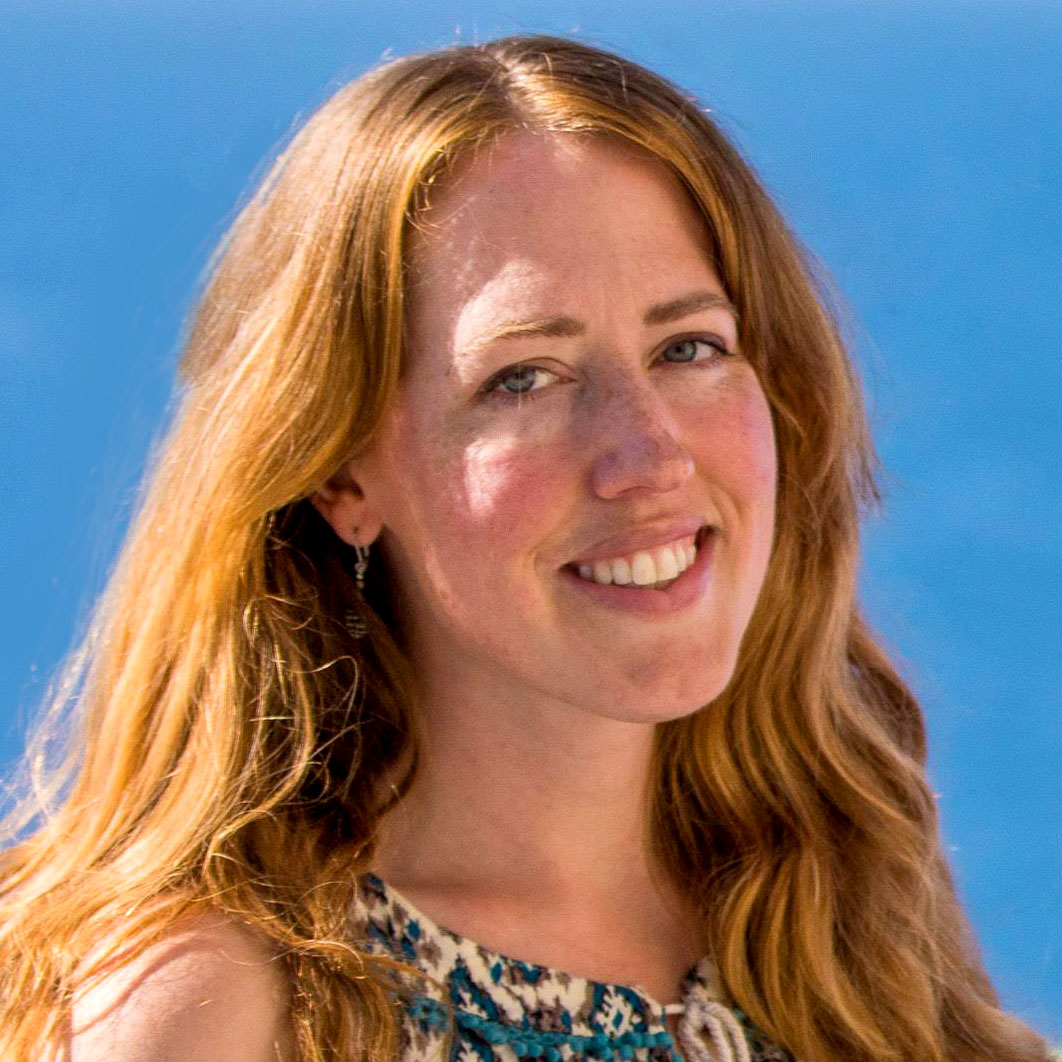 This week, the focus is on designer-developer-author-”entreprenerd” Tracy Osborn, who is program director for Tiny Seed, a year-long accelerator for bootstrapped businesses. She’s built websites and worked with startups for two decades, before launching her own (WeddingLovely.com), but eventually pivoted to helping other tech-based seed-stage businesses grow. All the while, she’s been churning out uniquely accessible “Hello” web-dev e-books for beginners (in addition to speaking about female entrepreneurship and design on the conference circuit).

Her first book with No Starch Press, Hello Web Design, comes out this month. Fortunately, she made time to talk with us about making coding tutorials more inclusive, her battles with social anxiety, finding joy in a career change, her biggest mistake, and how women need to face their fears in order to ask for the salary they deserve.

1) A decade ago you taught yourself how to code Python and Django in order to build the web platform for your former startup, WeddingLovely.com. Yet, much of the impetus for your Hello web-dev book series was the frustration you felt with all of the programming tutorials you came across in the process. What were the shortcomings that you identified, and how are the tutorials that you created in response different?

It all goes back to when I went to university — I originally majored in Computer Science. Growing up with the advent of the web, I always loved building websites (yes, those funky table layouts) and I thought my love would translate well to CSC. Unfortunately, the way that the university taught programming (and how most tutorials and resources teach programming) did not fit how my brain worked. It was very conceptual and theoretical, when I just wanted to build something and see others use it. Consequently, I thought I was terrible at programming and I switched majors to Art.

I realized later on when I learned programming in a way that worked for me (project-based, step-by-step building, reduced theory, a “win” at the end) that there was an opportunity to share how I learned with others who shared my struggle. Web development was first, but this way of teaching can apply to most beginner subjects — I believe theory can come later once you have a feel for how to do the basics.

Follow-up: Do you believe your approach to teaching design makes the craft more inclusive?

Absolutely. While my tutorials work universally, I find that folks who don’t identify as white and male are drawn to them more. And the more we can teach these beginner subjects to a wide range of folks, the more diverse these areas will be once folks get to intermediate and advanced levels.

2) Women suffer from social anxiety at nearly twice the rate of men. In fact, you’ve noted that it was your own social anxiety that, regretfully, kept you from utilizing the mentors, networking opportunities, and career connections offered by the San Francisco startup accelerator you took part in for WeddingLovely. Fast forward to today, and you not only speak at conferences all over the world, you’re the Program Director at a (different) accelerator program. How did you conquer your social fears, and what advice do you have for other aspiring female tech entrepreneurs who struggle with this type of anxiety?

Oh gosh, I am still working on this. I wouldn’t call my social anxiety conquered, but greatly reduced. I was able to identify my triggers — lack of confidence and feeling isolated and alone — and once identified, I was able to figure out tactics that would boost my confidence and surround me with folks I felt comfortable with. Speaking at conferences was huge for this, as being a “speaker” raised my confidence and gave me a set of other people at a conference (other speakers) that I could latch onto when I was feeling alone. It’s odd saying that one of my greatest tools against social anxiety is public speaking, but it really did wonders.

I’m aware this might not work for others (as public speaking is a whole other set of anxiety); for anyone else, I would recommend to looking at the past and identify those pain points and those triggers, as once you have a specific action that you can pinpoint (like lack of confidence), you can better form tactics to improve that area rather than working on nebulous “anxiety.”

3) Sort of along these same lines is the fear of rejection, or of the unknown, that seems to disproportionately affect women’s career trajectories, particularly when navigating the tech industry. In your case, you spent your entire life excelling because of your technical prowess – from a kid creating websites, to getting a BFA in graphic design, to running a web-based startup and selling programming tutorials. Then you shut down WeddingLovely in 2018 and went in a completely different direction, taking on a Program Manager role at TinySeed, where you work with people not computers. What led to the departure from your wheelhouse, and how does it square with your career trajectory up to that point? More importantly, what can other women facing a major change in their career path learn from your experience?

My joy comes from helping others, and every role I’ve had has had an aspect of that in some way: WeddingLovely, my goal was to help small and local wedding vendors receive more business; with my books, I wanted to help folks learn new skills that they could apply to their career. TinySeed is yet another way I can work with folks and improve their lives, as my day-to-day role is being the main person our founders interact with and I guide the direction of the accelerator program. I find that I feel the most fulfilled when I am able to improve someone else’s life in some small way, and I love that my day job now revolves around being a people-person.

4) Changing tracks (no pun intended) let’s talk about women getting paid. The gender wage gap persists, with women still earning 22% less than men for the same work more than 50 years after the Equal Pay Act. The World Economic Forum estimates it will take 217 years to close that gap – which actually went up from 170 last year. One thing women can do to affect change is simple: Ask for more money. But the vast majority don’t. You’ve directly addressed this issue, noting that the scariest moment in your career was orchestrating a 55% raise. What advice do you have for women who can’t imagine taking a bold approach to salary negotiation?

For folks already in a role and wanting a raise, there is something you can do if you have the time. It can be immensely helpful to interview at other companies while you’re in your role and before you ask for your raise, as it gives you negotiation practice, and, if you get an offer, and real number you can anchor your salary negotiations to (not to mention, if you have an offer, it gives you something to fall back to if your current role does indeed decide to let you go.) This involves a lot of juggling, but the process of interviewing for another job can be incredibly helpful for boosting your own confidence.

5) Back when you were running a startup and heavily involved in the programming world, you wrote about attending conferences, events and meetups where you were, literally, the only woman in the room. Sure, we’ve seen positive developments – Crunchbase reports that the number of female founders doubled from 10% of global startups in 2009 to 20% in 2019. And yet there remains a huge disparity in access to venture capital. Fortune recently found that even though the startup world raised 13% more from VCs in 2020 compared to 2019, companies founded solely by women received less investment than in 2019, accounting for just 2.2% of the $150 billion raised last year. Does this track with your own experience as a female entrepreneur, and – now that you work on the investment side of things – what options do aspiring female founders have for getting a foothold in Silicon Valley?

Absolutely. I feel that diversity has made huge strides in technology in the last decade, but sometimes it can feel as though venture capital is still in the dark ages. Traditional venture capital revolves around folks looking for a pattern, and when you don’t look like the Mark Zuckerbergs of the world, you have to work 10x harder to prove that you deserve investment.

One of my biggest mistakes when looking for venture capital when I was working on my last startup was not understanding that venture capitalists say they want to change the world and invest in those that are, but they also really need to see actionable ways you’ll be returning their investment multiple times over. I hate talking about money, and I find that a lot of female founders are the same — we want to talk more about the future and how our product will be but not about how the product is working right now (fit feels like bragging?) and how that directly leads to money money money. It’s gross, but folks who can lean into the gross can have better venture capital outcomes.

However, (and this is one of the reasons I work at TinySeed), I don’t want to encourage female founders to learn how to play the game if they don’t want to. Bootstrapping (growing your company without outside investment) or finding ways to fund your company with just an initial bit of money — like what TinySeed does — means more sustainable companies for folks who don’t want to do the VC rollercoaster. They don’t have to work 80+ hour work weeks, they can have families, side projects, other passions. I want more women to be funded, but I feel like we need more alternatives to just VC, as this will also increase diversity.