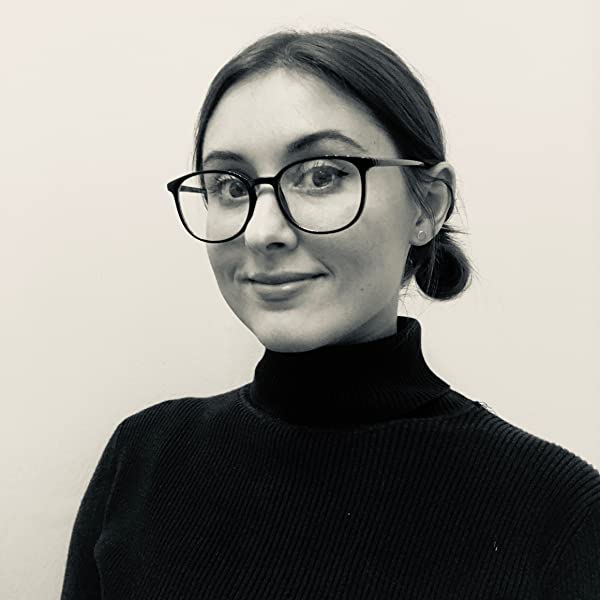 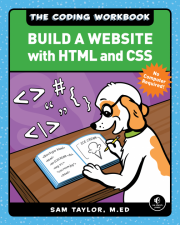 This week, the focus is on Sam Taylor, M.Ed., a Bay Area curriculum developer, computer-science education advocate, and author of The Coding Workbook (Jan. ’21). While teaching STEM to middle school students, she taught herself how to code and build websites, then began blogging about what she had learned as a way to help other beginners with HTML and CSS. Those tutorials became the basis for her book, which guides grade schoolers and teachers alike through the basics and web development without the need for a computer or high-speed internet – resources that aren’t available in many low-income areas of the country.

In the following Q&A, Sam talks with us about the future of women in the technology workforce, making computer science (CS) more accessible to girls, the benefits of learning to code at an early age, and how the tech industry can work with schools to help close the “digital divide.”

No Starch Press: You started out in the teaching profession, a field in which the vast share of practitioners are women, then transitioned into the male-dominated tech industry. From that vantage point, do you feel hopeful that we will someday see the end of such stark gender imbalances in the workforce – particularly as it relates to STEM?

Sam Taylor: One of the first teams I worked on when I made the transition into tech had just one other woman and five men. At the time I didn’t realize that this was a common trend, until I started to make friends with other women in the tech industry. Luckily, even in the past few years, I’ve met and seen more and more amazing women take on various technical roles in the industry (software engineers, data scientists, product managers, etc.) or even just become more visible in the roles they’d already assumed! I have a ton of optimism for the female future of the tech workforce as we see more and more incredibly smart and diverse women taking on technical and leadership positions.

NSP: The number of women in computer science has actually decreased since the 1980s, when nearly 40% of CS majors were women. Today that figure has dipped below 20%. You yourself got your bachelor's degree in psychology and it was only later, while you were working as a teacher, that you learned to code completely on your own. Do you think more girls will pursue STEM careers if they are taught CS at an early age?

ST: As coding and technical skills become more in-demand, I think it is critical that we give as many young girls access to computer-science education as possible. That means creating clubs, after-school programs, and other opportunities to engage girls in STEM-related fields of study and show them all the career possibilities. Another important thing to do is expose them as much as possible to the many real-life role models they can be inspired by in tech, as well as everyday women making a difference in the world through their work in various STEM roles.

NSP: Most of the top 10 highest-paying college majors are in STEM. Research has even shown that one year after graduation, male and female coders were earning the same salary – meaning that more women in tech could help eliminate the gender wage gap. That aside, what are other benefits to be gained from girls learning to code?

ST: I think there are so many benefits to learning to code at an early age, such as learning how to collaborate with others, figuring out solutions to complex problems, and learning ‘how to fail’ and quickly bounce back through perseverance. Coding also allows you to explore your creativity in new and exciting ways! And to be honest, I just love to see and hear about women in tech getting paid what they’re worth, asking for and earning raises, and ultimately succeeding.

NSP: Technical knowledge and skills are now considered vital for full participation in 21st-century life, yet most states are only just now beginning to adopt CS learning standards – and with little in the way of federal support. As a professional curriculum developer and the new author of an offline coding workbook for grade schoolers, do you think the tech industry itself has a role to play in helping the public-education sector close its digital divide and ensure every student is taught essential computational skills?

ST: One of the results of the coronavirus pandemic is that more light has been shined on the digital divide – or, the divide in learning between those who have access to the internet and modern technology tools and those who don’t. I’ve seen different tech companies work to help get laptops, high-speed WiFi, and other resources into schools to help students who would otherwise lack those resources. But I think the tech industry can do more to support computer-science literacy in high-need areas by finding ways to provide mentorship, technological support, and just hands-on learning experiences in general – rooted in equity.