Vickie Li is the resident developer evangelist at the application security firm ShiftLeft, and a self-described “professional investigator of nerdy stuff.” Her new book, Bug Bounty Bootcamp, leverages her expertise in offensive web security as well as her background in vulnerability research to introduce beginners to all aspects of web hacking, showing readers how to find, exploit, and report bugs through “bounty” programs. In her free time, when she’s not podcasting, speaking at conferences, or dropping infosec and cybersecurity knowledge on YouTube, she’s writing articles and blog posts about nipping security problems in the bug. 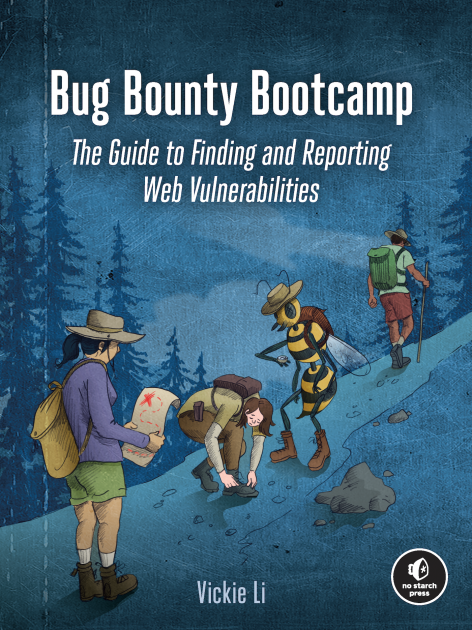 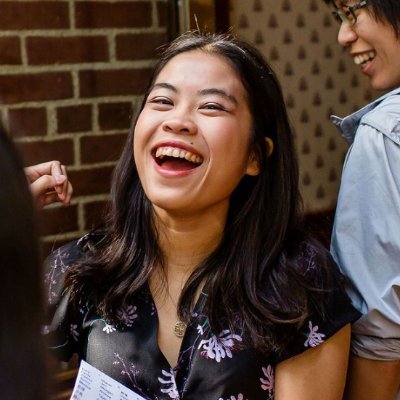 For the September edition of our ongoing Author Spotlight series, we talk with Vickie about her first bug bounty payout, how her success hacking apps made her a passionate advocate for secure development, and why she means it quite literally when she tells you that becoming a good web hacker is like learning to ride a unicycle.

No Starch Press: First of all, that’s a pretty impressive intro for someone in their mid-twenties! But let’s go back a few years. You graduated with a CS degree from Northwestern, then worked as a freelance web developer before getting into infosec, pentesting, and offensive-security content creation, which – correct me if I’m wrong – led to your current full-time gig as a developer evangelist. So where did your foray into bug hunting come into play, and how did you get started with bounty programs?

Vickie Li: I got interested in security through my university courses, and started bug bounties as a way to learn more about infosec. Hacking on bug bounty programs helped me learn a lot about web hacking and web application security in general. But sitting in front of my laptop all day, I started to lose motivation because I really wanted my work to connect me with other people, and doing bug bounties all alone was quite lonely. That’s why I started my technical blog, where I wrote about whatever I was learning at the moment. I really tried to make the blog posts easy to understand, because I hoped people who were studying the same thing would find it helpful.

My blog actually kickstarted my career in infosec. Because of it, I was able to get some freelance penetration testing and technical writing jobs, and eventually landed my current job at ShiftLeft. Knowing how to explain complex technical concepts also helped me with writing Bug Bounty Bootcamp and making it an approachable web-hacking book.

NSP: What was your first real catch, and what was it like earning your first paid bounty?

VL: I found my first paid bug – a CSRF – about a week into hunting for bugs. The bounty was just a hundred dollars, but it was amazing to be able to earn a bit of money as I learned about the field. The most memorable part about the experience was when [the company’s] security team triaged the bug I found, and fixed it on the website. It was very motivating to know that I can contribute to the security of a widely used site through my work!

NSP: Over the past year you’ve gone from working as a freelancer/bug hunter to a full-time gig as a “developer evangelist” – a job focused on bridging communications between external dev teams and your internal app-security colleagues. Can you elaborate on what exactly your day-to-day is like, and how it satisfies your infosec interests?

VL: My primary role at ShiftLeft involves making secure coding practices approachable for developers, and spreading the word about how static analysis can help in this process. Every day is different: I might be writing a blog post, preparing to speak at a conference, or helping my team understand the needs of developers during the security process. I really enjoy the work because it fits into my original motivation for getting into infosec: helping make the internet a safer place for everyone.

NSP: The name of your company refers to shifting security to the left – or, introducing security checks earlier in the development life cycle rather than at the end. You underscored this in a blog post, comparing app security to wearing a facemask during the pandemic (“Building a Security-First Culture”). At the same time, your book is about hunting for zero-day vulnerabilities and getting started in bounty programs. Do you ever worry that if you’re too good at your job there won’t be any more bugs to hunt?

VL: I am not worried about that. Shifting left and bug bounties are not an either-or situation. These practices work together to help organizations become more secure. Bug bounty hunters are creative and are constantly coming up with new ways to attack an application. Organizations can use bug bounty programs to tackle new and inventive attack vectors before malicious attackers discover them. But most bugs should still be discovered early in the development cycle, when they are the easiest to fix. Shifting left will help eliminate most security vulnerabilities in your applications, and bug bounties can help you catch the rest.

NSP: To take this question in the opposite direction, has your bug-hunting experience helped or informed your current work advocating for better security practices?

VL: During my time as a bug bounty hunter, I helped lots of developer teams fix security issues in their applications. That’s when I noticed that many serious security vulnerabilities stem from small programming mistakes that could be easily discovered with static analysis. It’s easier to find and fix vulnerabilities early in the development process because you do not risk an attacker exploiting it in production.

This experience made me a really passionate advocate for secure development and security education. Offensive security practices like penetration testing or bug bounties are a great way to secure your applications, but they should only be used as a fail-safe to catch novel bug classes and vulnerabilities that slip past security protocols during the development cycle.

NSP: The AppSec space, and the cybersecurity industry as a whole, lives in a constant state of change, with new types of exploits emerging every day. How do you keep up with the ever-evolving landscape?

VL: I’m known to be quiet on social media, but I actually use Twitter a lot – mostly to get informed on the latest security news and understand the security challenges people are currently facing. In other words, I am the classic Twitter lurker. I also read a lot of infosec books, and follow a few well-written security blogs and YouTube channels.

NSP: Are there any online resources (besides your own) that you can recommend to aspiring web hackers, bug hunters, or security researchers?

VL: I am a big fan of reading security books to gain in-depth knowledge about a topic, and then reading blog posts for the latest infosec techniques – Orange Tsai’s blog is one of my favorites. He is a really creative hacker and has been a big inspiration for me ever since I started. Also, Web Security Academy by PortSwigger is a great starting point for web hackers who want to get some hands-on experience.

NSP: Okay, I’ve saved the most pressing question for last. You recently posted on Twitter that you were having a hard time selling your unicycle. This implies that 1) you own a unicycle, and 2) that you know how to ride a unicycle. Do tell.

VL: Happy to announce that I have sold my unicycle to a new loving owner! I learned to unicycle in college because I’ve always thought it’s cool to have an uncommon skill like unicycling. Unicycling is really hard to learn! It took me countless falls and months of practice to finally learn to ride it in a straight line.

But, this experience really boosted my confidence in learning. Like web hacking, learning to unicycle is hard but possible if you put your mind to it and persist. Now when I am trying to learn something difficult, I know I can ‘cause hey – I learned to unicycle! 10/10 would recommend unicycling as a sport. There are few things in this world cooler than a unicycling hacker.