An open letter from bunnie, author of Hacking the Xbox:

No Starch Press and I have decided to release this free ebook version of Hacking the Xbox in honor of Aaron Swartz. As you read this book, I hope that you’ll be reminded of how important freedom is to the hacking community and that you’ll be inclined to support the causes that Aaron believed in. 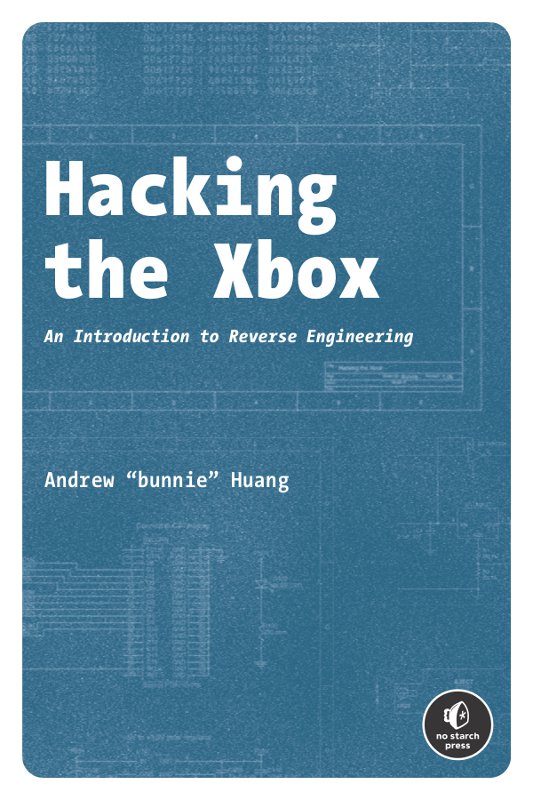 I agreed to release this book for free in part because Aaron’s treatment by MIT is not unfamiliar to me. In this book, you will find the story of when I was an MIT graduate student, extracting security keys from the original Microsoft Xbox. You’ll also read about the crushing disappointment of receiving a letter from MIT legal repudiating any association with my work, effectively leaving me on my own to face Microsoft.

The difference was that the faculty of my lab, the AI laboratory, were outraged by this treatment. They openly defied MIT legal and vowed to publish my work as an official “AI Lab Memo,” thereby granting me greater negotiating leverage with Microsoft. Microsoft, mindful of the potential backlash from the court of public opinion over suing a legitimate academic researcher, came to a civil understanding with me over the issue.

It saddens me that America’s so-called government for the people, by the people, and of the people has less compassion and enlightenment toward their fellow man than a corporation. Having been a party to subsequent legal bullying by other entities, I am all too familiar with how ugly and gut-wrenching a high-stakes lawsuit can be. Fortunately, the stakes in my cases were not as high, nor were my adversaries as formidable as Aaron’s, or I too might have succumbed to hopelessness and fear. A few years ago, I started rebuilding my life overseas, and I find a quantum of solace in the thought that my residence abroad makes it a little more difficult to be served.

While the US legal system strives for justice, the rules of the system create an asymmetric war that favors those with resources. By and far one of the most effective methods to force a conclusion, right or wrong, against a small player is to simply bleed them of resources and the will to fight through pre-trial antics. Your entire life feels like it is under an electron microscope, with every tiny blemish magnified into a pitched battle of motions, countermotions, discovery, subpoenas, and affidavits, and each action heaping tens of thousands of dollars onto your legal bill. Your friends, co-workers, employers, and family are drawn into this circus of humiliation as witnesses. Worse, you’re counseled not to speak candidly to anyone, lest they be summoned as a witness against you. Isolated and afraid, it eventually makes more sense to roll over and settle than to take the risk of losing on a technicality versus a better-funded adversary, regardless of the justice.

The US government is far and away the best-funded and fearsome enemy in the world, and copyright law has some unusually large, if not cruel, penalties associated with it. I never knew Aaron, but I feel that the magnitude of the bullying he was subjected to is reflected in his decision to end his life.

I echo Larry Lessig’s notion that the US legal system needs a sense of shame. To an outsider like me, it seems that certain prosecutors in the US government are obsessed with making a name for themselves at the expenses of the individuals they pursue. Winning cases gains them the recognition and credibility needed for promotions and assignments to ever higher profile cases. For them, it’s not about justice—it’s about victory and self-aggrandizement.

This system of incentives contributes to the shameless bullying of individuals and small entities who have the guts to stand up and do something daring. Individuals are robbed of the will and strength to fight for what they feel is right, as the mere act of prosecution can be as much a punishment as the verdict. As a result, I fear that the era of civil disobedience may be coming to a close.

As people, as individuals, as hackers, we need to oppose this trend and continue to do what we feel deep down in our hearts is right. While Aaron's story came to a tragic end, I hope that in this book you will find an encouraging story with a happy ending. Without the right to tinker and explore, we risk becoming enslaved by technology; and the more we exercise the right to hack, the harder it will be to take that right away.