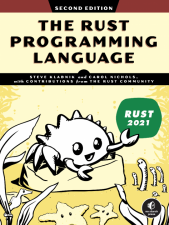 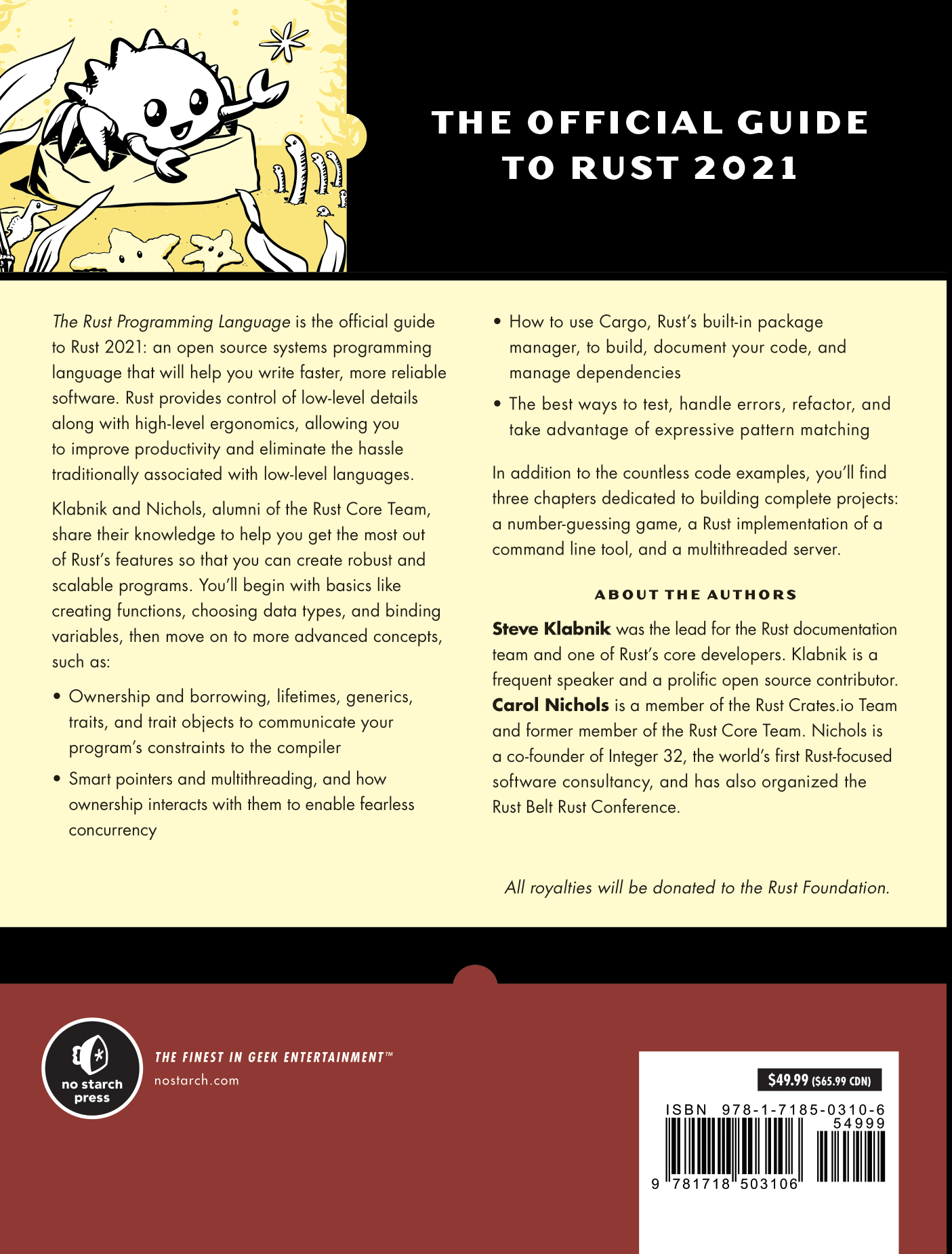 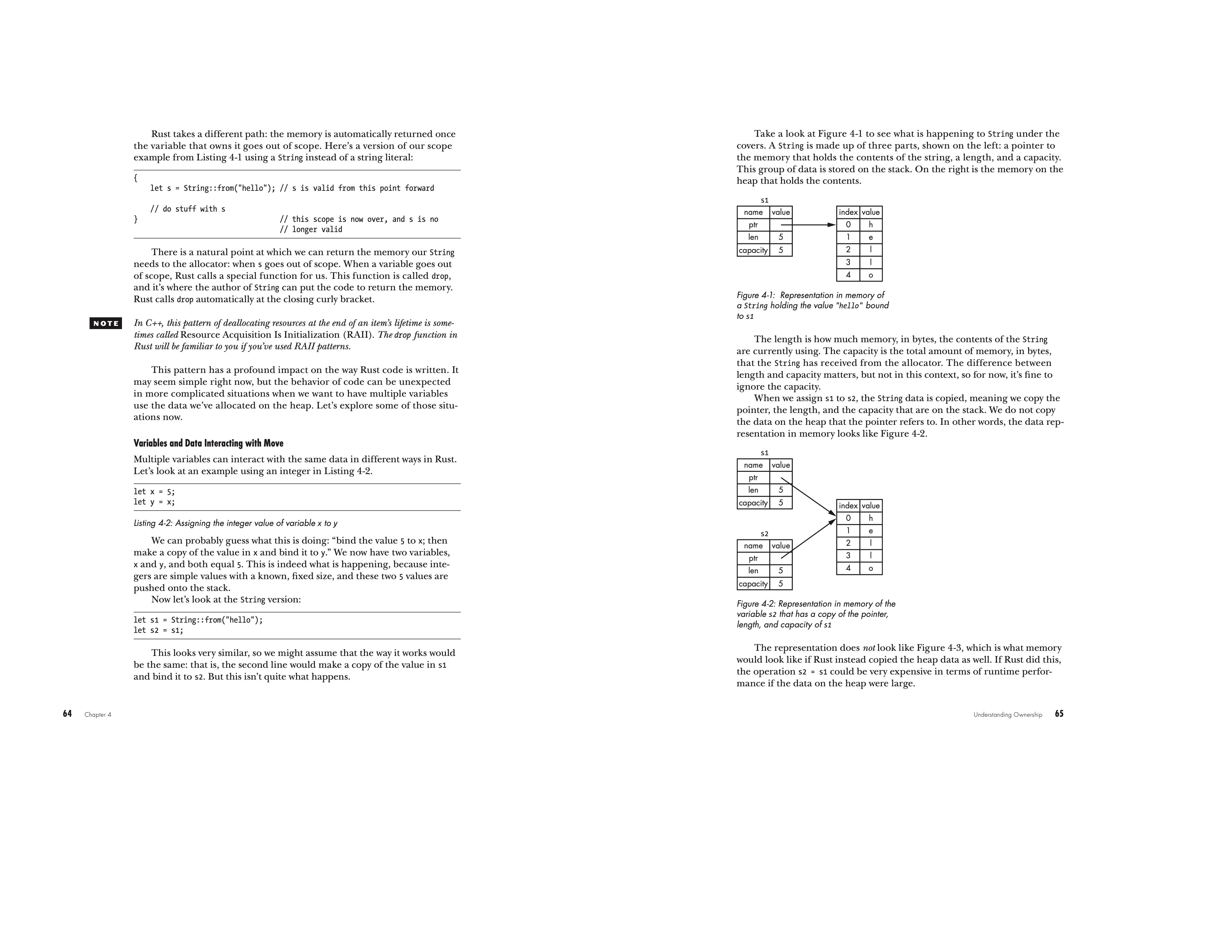 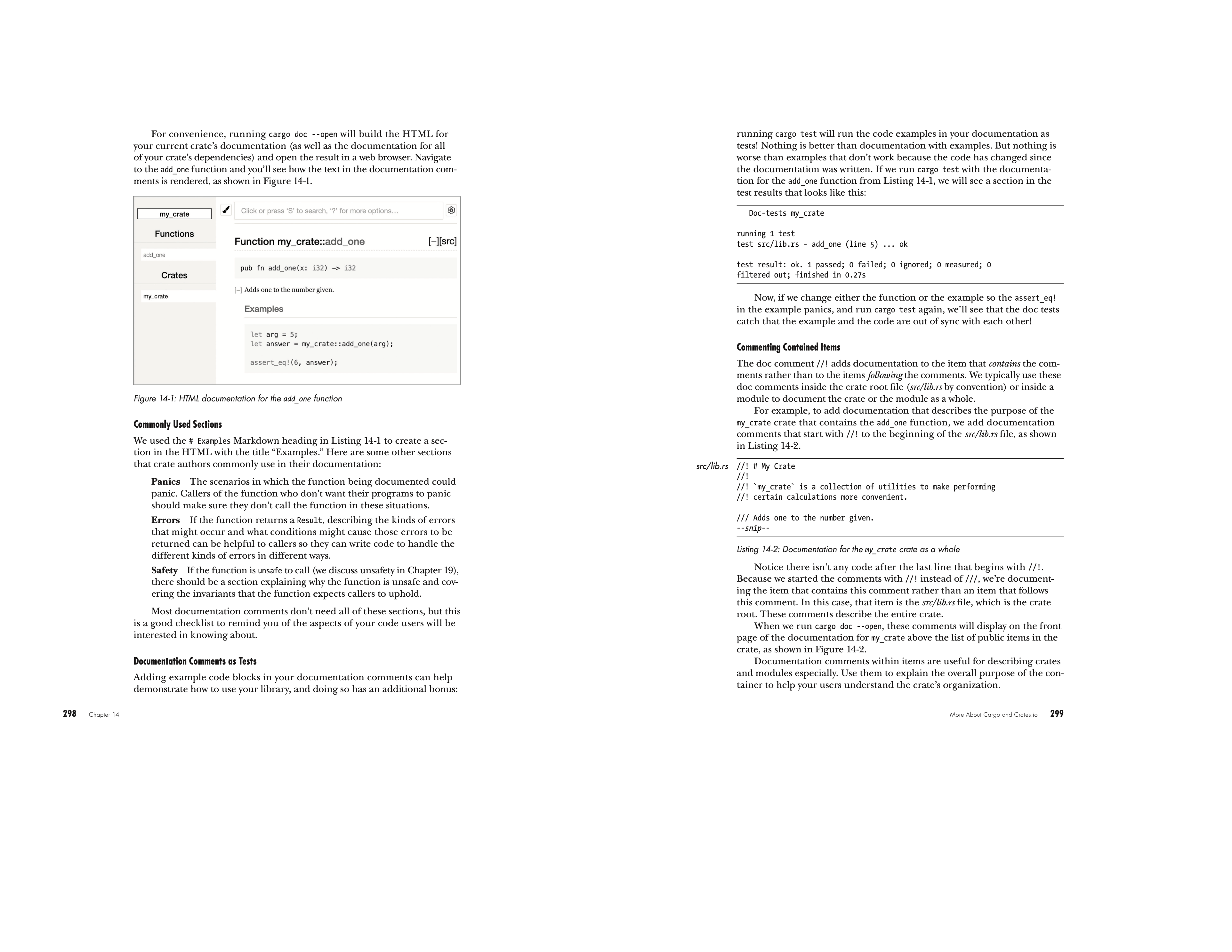 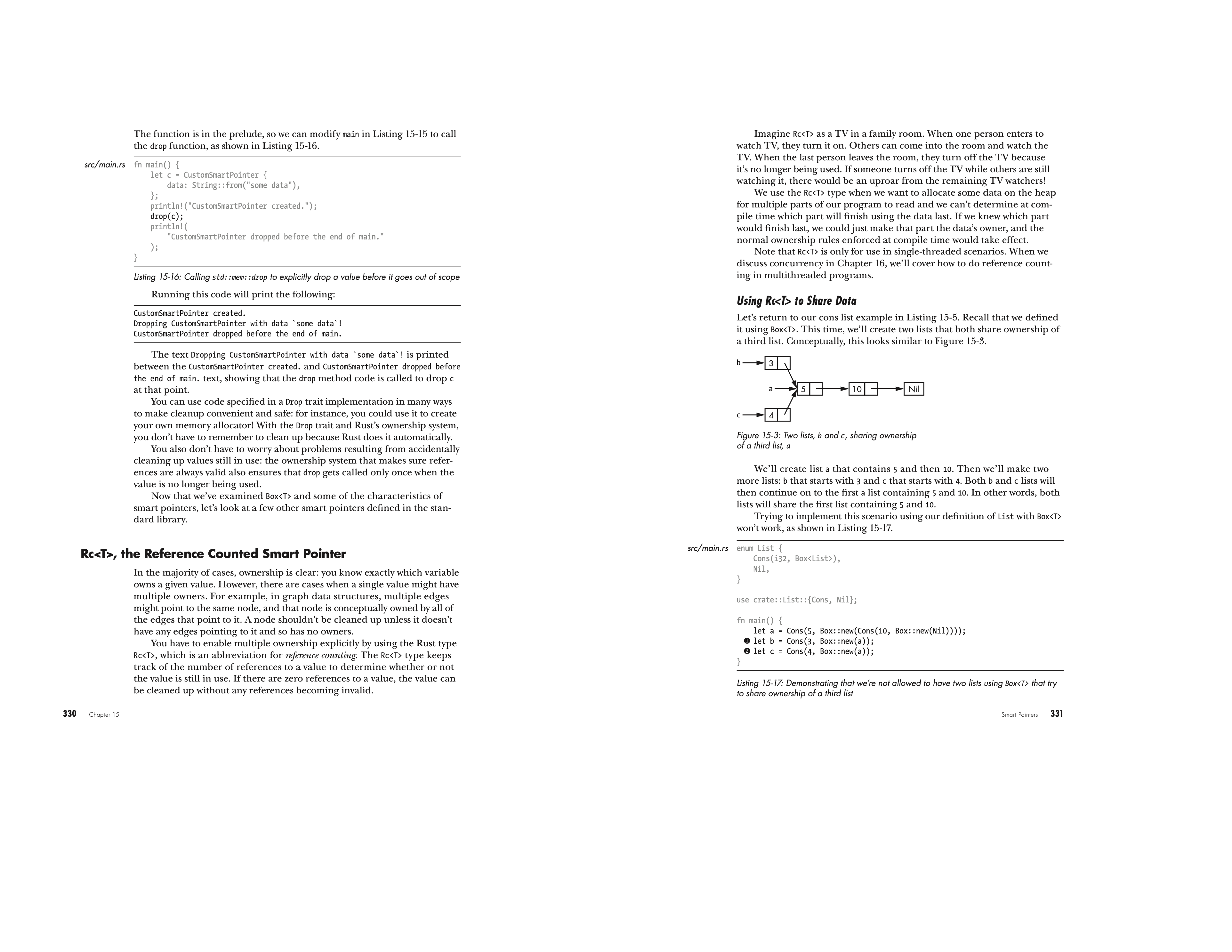 The Rust Programming Language, 2nd Edition is the official guide to Rust 2021: an open source systems programming language that will help you write faster, more reliable software. Rust provides control of low-level details along with high-level ergonomics, allowing you to improve productivity and eliminate the hassle traditionally associated with low-level languages.

Klabnik and Nichols, alumni of the Rust Core Team, share their knowledge to help you get the most out of Rust’s features so that you can create robust and scalable programs. You’ll begin with basics like creating functions, choosing data types, and binding variables, then move on to more advanced concepts, such as:

In addition to the countless code examples, you’ll find three chapters dedicated to building complete projects: a number-guessing game, a Rust implementation of a command line tool, and a multithreaded server.

Steve Klabnik is the Community Team Leader for the Rust team at Mozilla, in charge of official Rust community documentation, as well as a trusted Rust community advocate. Klabnik is a frequent speaker at conferences and one of the world's most prolific contributors to Rails projects.

"The Rust Programming Language has always been, and continues to be, the first place I point anyone looking to learn Rust. It's referred to simply as "The Book", and with good reason -- it's comprehensive and elaborate, yet friendly and thoughtful, and serves as a guide not only to the language itself, but to the principles and mental models that Rust encourages its users to adopt. The 2nd edition is a reflection of the ongoing love for the book in the community, and ensures that it will remain a solid introduction to the best Rust has to offer for years to come."
—Jon Gjengset, author of Rust for Rustaceans

"The Rust Programming Language, 2nd Edition has been improved, refined, and still remains *the book* to get started with learning Rust. Whether an experienced or a new Rustacean it's an invaluable resource on how Rust works."
— Michael Gattozzi, Senior Software Engineer at Fastly

Reviews of the first edition:

"Covers everything you could want to know about the language."
—Stack Overflow

"The book . . . provides information on how developers can get started with Rust."
—Tiera Oliver, Embedded Computing Design

"I'd learned @rustlang back in late-2019 and referred [to The Rust Programming Language]. It's written very well, and is still relevant if you want to refer to."
—Trivikram, @trivikram

"A thing of beauty in a world full of dry arcane texts."
—Garrett Mace, @macegr